After 25 years we have re-invented the Daneye. The old version had crystals in the “cup” and a lid of thick filterpaper holding the crystals back, yet able to “breethe”

The main problem with this Daneye is that the crystals shrink with time and the cup is only half full and more difficult to read.

Recently we have made it with a plastic sieve instead of the filterpaper, but the crystals of finer size tends to come out.

We have found a glue that does not give off any byproducts which could turn the color. We put a drop of glue in the cup and press it up the sides with compressed air.  Then we put the crystals in and press firmly.   After this we treat it with UV light, just like at your dentist.

Now the crystals are firmly glued to the sides and they are easily seen from all sides. 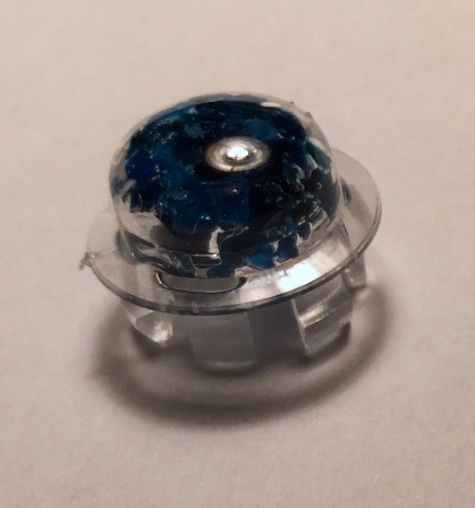 The price will be defined later after re-calculation.  Right now it is 0,93€ a piece.

For other languages use 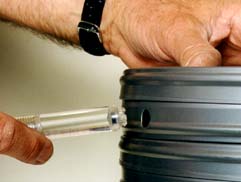